By the time I had arrived at Purdue University in 1983, this off-campus alley had already earned the moniker "The Gum Alley" - due to the small collection of gum stuck at chest-height along its length.

Over the years, the idea gained momentum and in 5 years the walls were thick with wads of colorful chewing gum.

Eventually, tagging became the stylee and the gum was often covered by layers of graffiti.

This kodachrome/cibachrome print was taken right at the confluence of expressions. 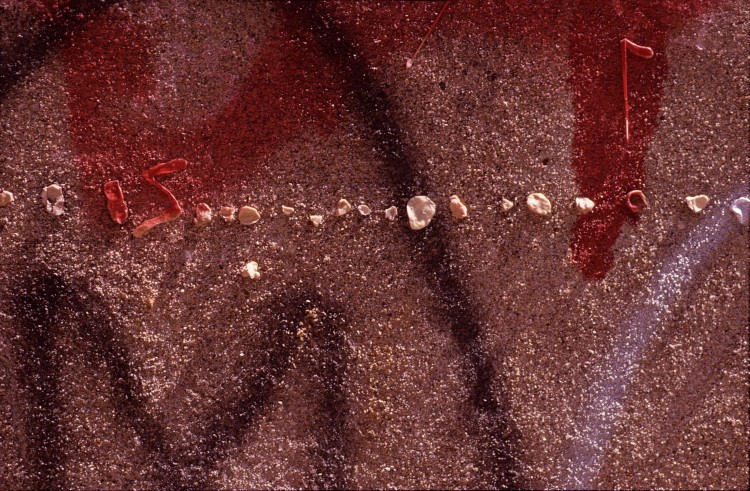