This is Allison in the house that I mention some in the text for the Cynthia picture.

And, yes, that is the piano mentioned before in the foreground. I don't know just what my fascination with decrepit old places is.

When I first began taking photography in 1985, either through my inability to gain living subjects or through my appreciation for man-made geometric patterns, I ended up printing stacks of scenes of destruction and chaos.

Eventually, I became known as "that silent guy in the corner at band parties with the camera" - loud, drunken parties were an easy start to impromptu portraiture and character study. After awhile I realized that these people were harmless, and people alone became the target of my eye.

So this photograph is right in-between; elements of organized chaos, play with shadow and form, and just a hint of humanity.

Look for the sinister faces (4 of 'em) lurking around in the shadows. 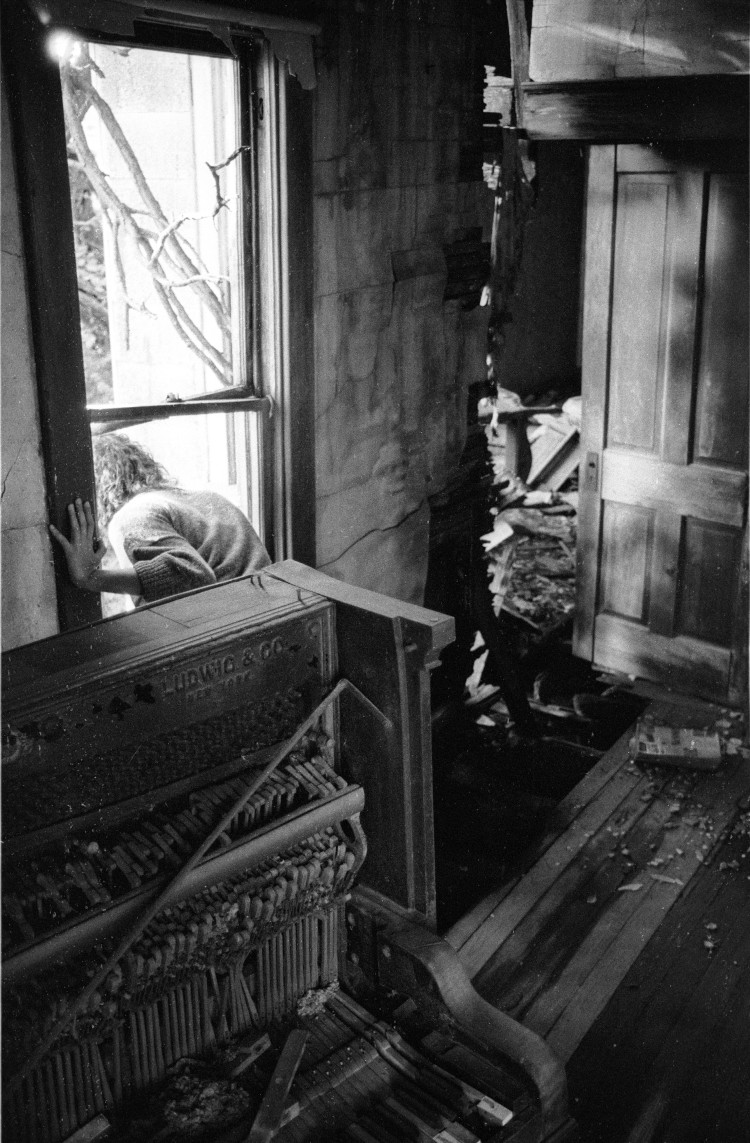