In the documentary "Crumb", the cartoonist described how he had a friend take lots of pictures of the sorts of city details that saturate but go un-noticed.

Like the clusters of overhead trolley wires and street lights and such.

He had his friend take those pictures so that he could use them to populate city scenes in his cartoons - it was too hard to get that sort of thing right from memory.

Here's my idealized version of that sort of photograph. 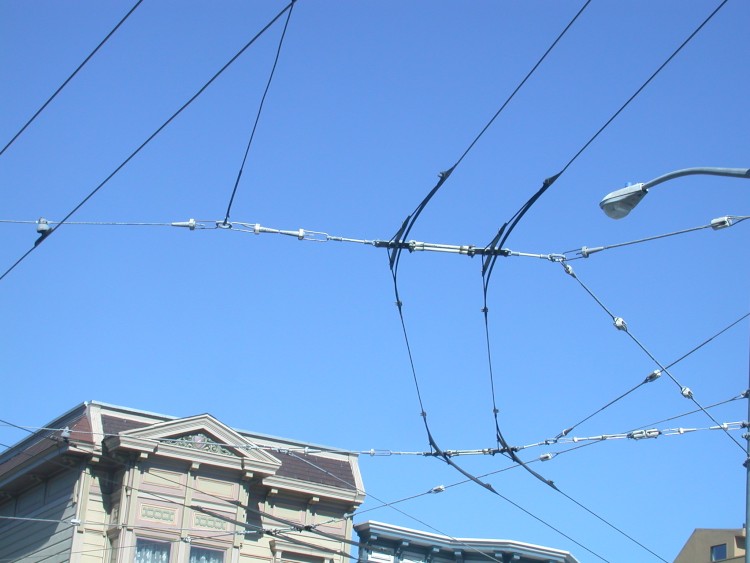