As quoted elsewhere on the 'net:

Purdue had the nude olympics where on one of the coldest days of winter, people would gather in the courtyard of Cary Quad, strip and run a lap or two around the courtyard. The school decided to put a stop to this long standing tradition by having undercover police photograph the participants. Most people wore masks so they got the RAs involved to identify the offending tallywackers.

So - here's proof that it happened.

The year previous to this, the year the campus police started cracking down, I was a participant - and ran 25 laps around the ~quarter mile Quad.

And I didn't get caught.

This report is for the year I ran:

Extreme cold during last year's run around Cary Quad prompted Purdue President Steven Beering to ban the event this year. This time, however, the temperature was a relatively mild 38 degrees.

Police Chief John Woods was the only known casualty, according to Joe Bennett, director of university relations.

''Police were routinely stopping runners and getting names,'' Bennett said. ''One runner refused to do that and he bolted and ran into Woods. The two fell and there was a pileup.'' As Woods tried to get up, Bennett said, one runner in the pileup took a swing at the police chief, who suffered cuts and bruises. One student was arrested for allegedly assaulting Woods. Another was arrested for alleged public intoxication and resisting law officers, Bennett said. The cases were turned over to the county prosecutor.

Meanwhile, police and residence hall supervisors were busy later Wednesday compiling names of participants in the run. ''Disciplinary measures will be on a case-by- case basis,'' Bennett said.

''I don't really care what Beering says,'' said runner Andy Banta, 20. ''I ran to have some fun. It's something different to do. It's not really as cold as the past few years.'' Beering was asleep during the race, which began about midnight, according to a man who answered the telephone at Beering's home.

The university president said later in the day that violation of the ban would not be taken lightly. 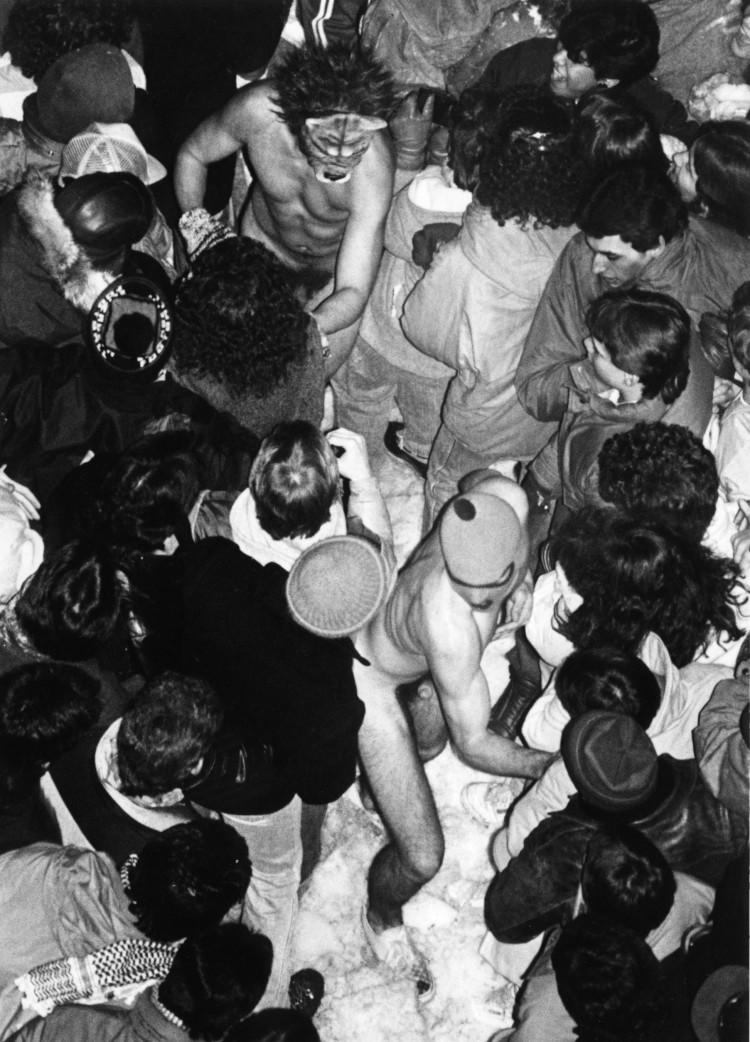