Robert Smith (not that one)'s band "Girls Can Touch" once played the gradeschool in Lake Forest, Illinois where their lead guitar player had gone to school.

This was a lovely day and as absurd as you could expect.

Yes, those 12-year-olds are scrambling all over themselves to touch the feet of the rock gods on stage.

Yes, the old ladies in the background were not believing what they were seeing.

Best of all, for me anyway, is the little girl on the right side of this image.. All afternoon long I had been trying to capture her face, but she kept turning away.

So her she is, smiling at the camera, and I wasn't even aware of it until I made the print.

The tulips on the windows at the top are also a nice suprise.

I wonder if my brain was aware of stuff like that at the instant of pressing the shutter. 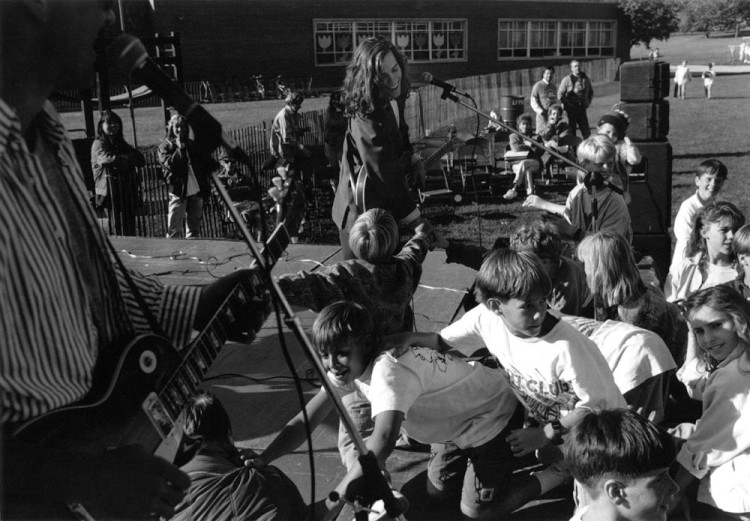