I've said before about sequencers and computers in music-making that because the tools are just so darned powerful today that shortcomings in talent can often be overcome by persistence and knob-twiddling..

If you play around with the sounds long enough, you'll write Shakespeare. Or something.

This is a visual example of the same concept.

A digital camera, when set on "auto everything" and when held underneath the pizza box you are carrying, will eventually capture one image in 50 or so that has a decent accidental composition.

So.. what's the "meaning" of such a picture? Is it random noise? I dunno. Kinda pretty, though 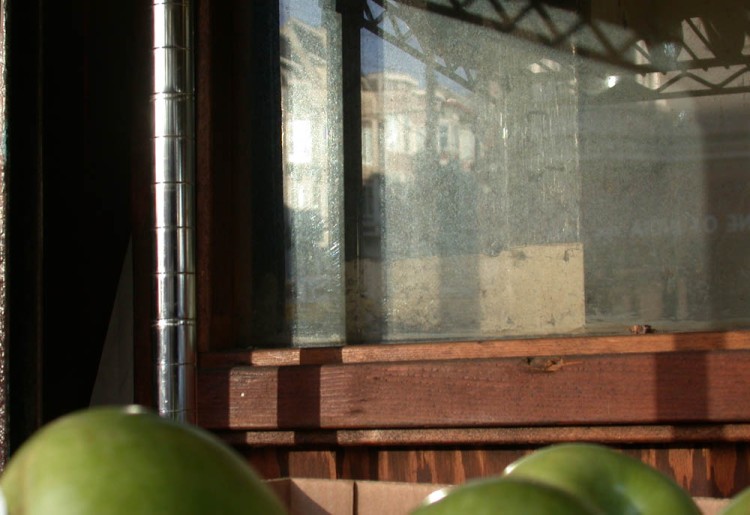