I rented a car, packed up my recently (as in that day) replaced camping equipment, and drove west and south until the skies were dark.

I ended up in a place called Hope Valley, which is in the California Sierras at 7000 feet.

It was cold, damnit.

I slept most of the next day in preparation for the big show.

At around 1am I got up, set up the camera and took my first astrophotographs. I had read just enough online about exposures to not completely botch it, and in the end, I captured quite a number of meteors until I collapsed around dawn.

This is one of the few pictures on the roll that didn't have any meteors, but it was too beautiful to not put on display. Feeling dizzy?

At any rate, the *real* meteor photographs are in their own section of the gallery over here. 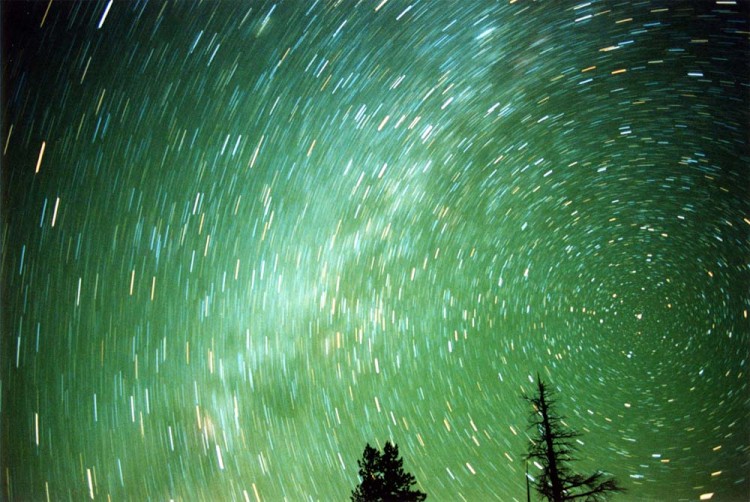